Hue was once ancient capital of Vietnam. A cruise on the Perfume river is a scenic way to explore Hue. An other highlight of The trip is Hoian. Spend your time walking over the Japanese Bridge, visiting the different Chinese Assembly Halls and pagodas.

-Day 1: Arrival - Hue
On arrival Phu Bai Airport, you are met and transferred to hotel. Hue was once Vietnam’s feudal capital from 1802 to 1945. This small and quiet city is widely known for magnificent architecture, pagodas and royal tombs laid in many small villages and surrounding hills.
We spend this afternoon to visit Hue with the massive citadel, containing the Imperial City and the Purple Forbidden City. This royal residence was all destroyed during the 1968 Tet Offensive, however it is still fascinating to walk among the ruins. Overnight in Hue.

-Day 2: Hue (B,L)
The beautiful riverside pagoda of Thien Mu, which now becomes the symbol of Hue, and the elaborate royal tomb of Emperor Tu Duc are not to be missed.
We include these in a guided cruise on the Perfume River which also gives us a taste of the scenic countryside as well as an enjoyable visit to the mausoleum of Emperor Minh Mang, in a tranquil setting of gardens and lakes.
After an impressive boat trip we return to the town and enjoy a walk to the bustling Dong Ba Market that sells a wide variety of local goods and handicrafts. Along the way we pass by many fantastic eating spots, ideal places for visitors to sample some local delicacies. Overnight in Hue.

-Day 3: Hue - Danang - Hoian (B,L)
Heading out of the town, we drive south to Hoian which was originally a Cham seaport but has been influenced down the centuries by a myriad of traders from various cultures.
Along the way we can break the journey in Lang Co Beach for a leisurely swim and an enjoyable visit to a nearby fishing village. The winding road begins as we make our way up the spectacular Hai Van pass. A view from the top of the pass is one of Vietnam’s most impressive panoramic scenes.
The next stop of our trip is Da Nang which is famous for the Cham Museum. After seeing this sight we continue to the China Beach and the Marble Mountain, whose peaks represent the five elements of the universe. Overnight in Hoian.

-Day 4: Hoian - Departure (B.L)
The ancient architecture of Hoian is a fascinating combination of Vietnamese traditional characters with Chinese and Japanese influence. There are plenty to see in this delightful and tranquil town, some of which are the famous Japanese Covered Bridges, the Pottery Museum, the 200 years old Tam Ky House, the Chua Ong Pagoda, the vibrant market. We visit these on our morning walking tour past many low tiled houses scattered along the small streets and assembly halls which reflect the town's multi-cultural past.
The trip ends after your transfer to Da Nang Airport for departure. 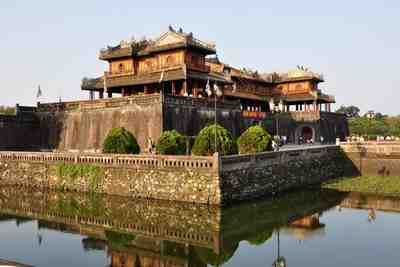 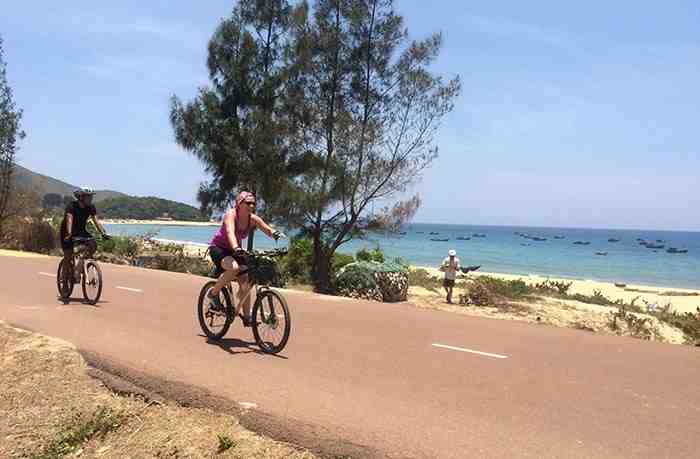 Cycle Tour of the Central Coast of Vietnam 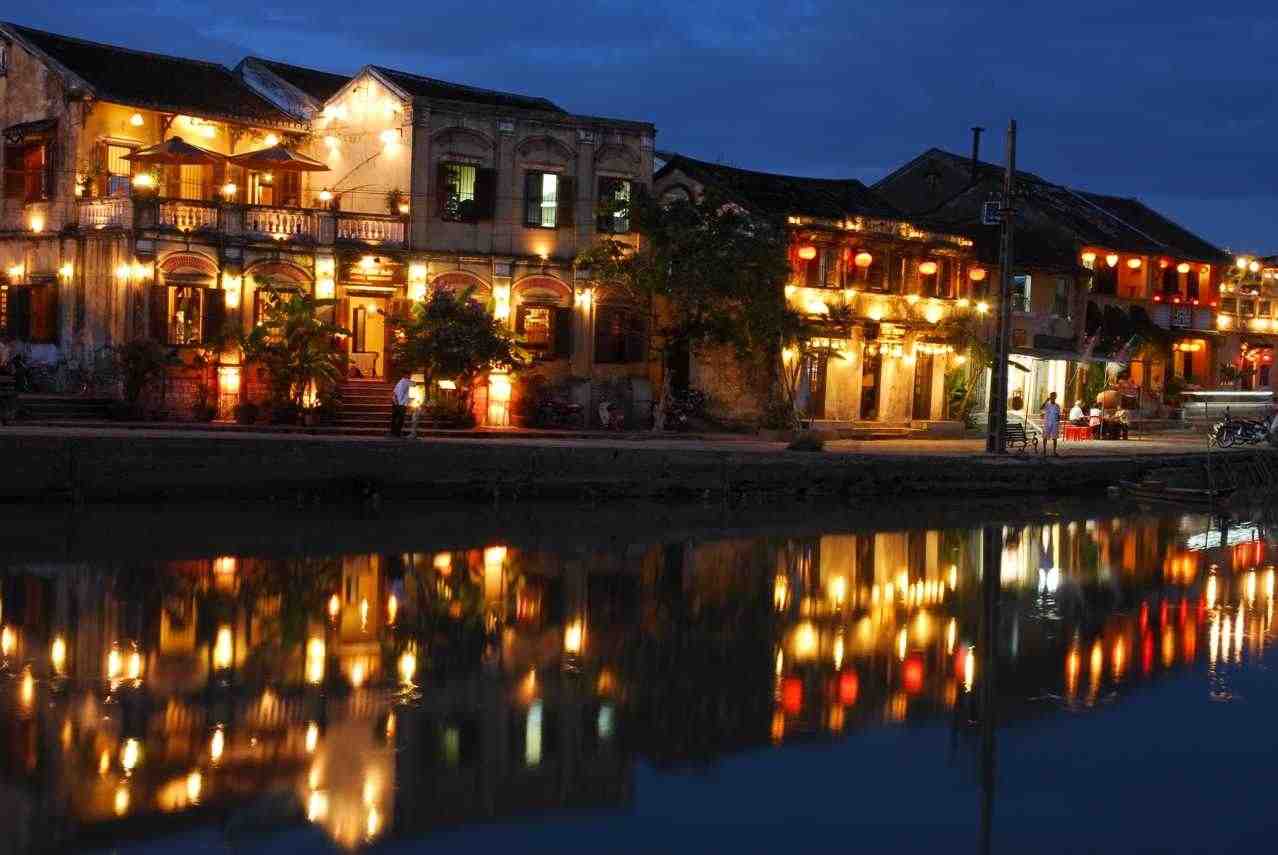